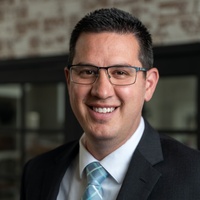 Joseph- also known as Joe-was born in Southern California, but has spent the last 33 years in Reno. He graduated from the University of Nevada in 2009 with a Bachelor of Science in Political Science.  He has held his Series 7 and Series 66 licenses with LPL Financial since the fall of 2021.

Outside of the office, Joseph married his high school sweetheart, Rebekah, in 2012.  They had their first child, Reagan, in 2020.  In his spare time he enjoys restoring classic cars, and is currently a judge for the Hot August Nights car show. In addition to his judging, he enjoys competitive archery. Lastly, and above all else, Joe loves spending time with his family and friends.